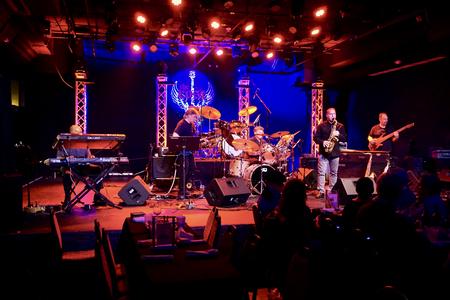 BREAKING NEWS - AXIOM'S NEW ALBUM  "STARBURST " HAS BEEN RELEASED AND IS AVAILABLE AT ALL YOUR FAVORITE STREAMING AND ONLINE CD STORES - WE ARE NOW GETTING SIGNIFICANT AIRPLAY ON STATIONS IN BOTH THE U.S. AND EUROPE.

CHECK OUT SOME CLIPS FROM SOME OF THE NEW TRACKS ON THE MUSIC  TAB.​ ALSO CHECK OUT THE LATEST REVIEWS ON THE REVIEW TAB ABOVE.

AXIOM's entrance on the Jazz Fusion scene presents a truly unique fusion of Latin, Rock, Funk, and Jazz styles united in both concept and presentation.  The music features original compositions contributed by each of the players.

Stay tuned for news on upcoming AXIOM performances including the rescheduled Oxnard Jazz Festival and an appearance with with Keiko Matsui at the Rose in Pasadena.

Recent AXIOM shows have included dates with Larry Carlton and Jon Anderson of Yes at the Saban Theater, Tom Scott, HIroshima and Poncho Sanchez at the Rose and Brand X Uriah Heep and Ambrosia at the Canyon Club in Agoura Hills  CA

AXIOM has been appearing at some of Southern California's premier concert venues performing in concert with recording artists such as Lee Ritenour, The Rippingtons, Kirk Whalum, Steve Morse and most recently Tom Scott, Brand X, Uriah Heep, Hiroshima among others. 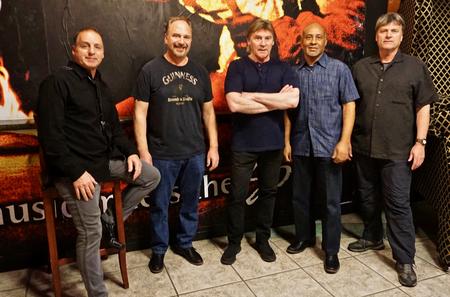 Thank you for contacting us! If needed, you will hear back within 48-72 hours.

Frank Villafranca on Saxes and Flute